Jerusalem(1517–1928)/Conflicts-Peace Once Existed: building above the ancient city

In 1517 Jerusalem was conquered by the Ottoman Empire, which although was Islamic based, provided freedom to minorities with different beliefs. Jews refugees were allowed to move back and pay visits to the western wall. The old city wall existing today was built by Suleiman the Magnificent. He also ordered his men to locate the original temple ruins, and Mimar Sinan, his court architect built an oratory so the Jews could worship at the site. It seemed that both parties were satisfied.

However it did not go as well as planned as the city continued to develop and houses were built around the holy site. Crowded it was, the public access to the wall was through the narrow pathways of the Moroccan Quarters*. The noises created by visitors were unbearable for the Muslim residents, and the path itself too inconvenient for Jews. This resulted in some Jewish attempts to gain control of the area by purchasing parts of the land nearby from the 1830s, which most failed either due to lack of funding or Muslim oppositions.

The issue was dragged along and continued as the British force took over Jerusalem, further growing into heated arguments between the Jewish and Muslim parties. Eventually in 1928 a violent event happened, when the British police removed the screen separating genders in between Jewish prayers, and the chairs that elderly worshipers sat on. Some who tried to prevent the police action was beaten with pieces of wood.

After 400 years of peace, blood was again shed in Jerusalem.

*The Moroccan Quarters was a residential area first established in the twelve century neighboring the western wall. It was, as its name suggested, first occupied by Moroccan immigrants, who were mostly Muslims. In 1967, after the Israeli took over, the whole area was destroyed, forcing the residents to move away in order to clear the path for Jewish worshipers to access the Western Wall.

The Moroccan Quaters, adjacent to the Westen Wall 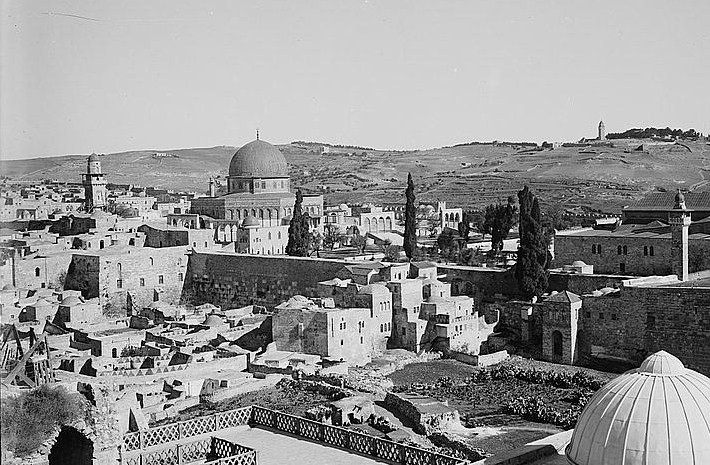 Site today, with the Moroccan Quaters removed to place a plaza 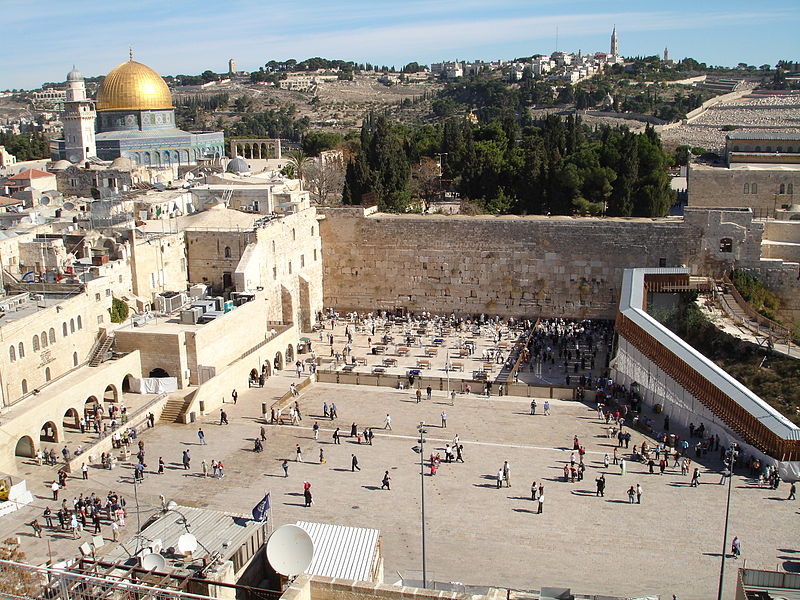